Magazine
No Result
View All Result

Police warns errant violators as over 360 are arrested in Kigali

by Admin
in National
0

Rwanda National Police (RNP) has warned members of the public, who behave like they are not concerned about the COVID-19 prevention guidelines and engage in prohibited practices.

On Wednesday, February 3, 363 people were caught in various violations in City of Kigali and taken to different centres.

About 65 violators spent a night at Kigali stadium in Nyamirambo, 97 at Amahoro stadium, 90 at ULK stadium while 111 other violators were taken to Kicukiro stadium. 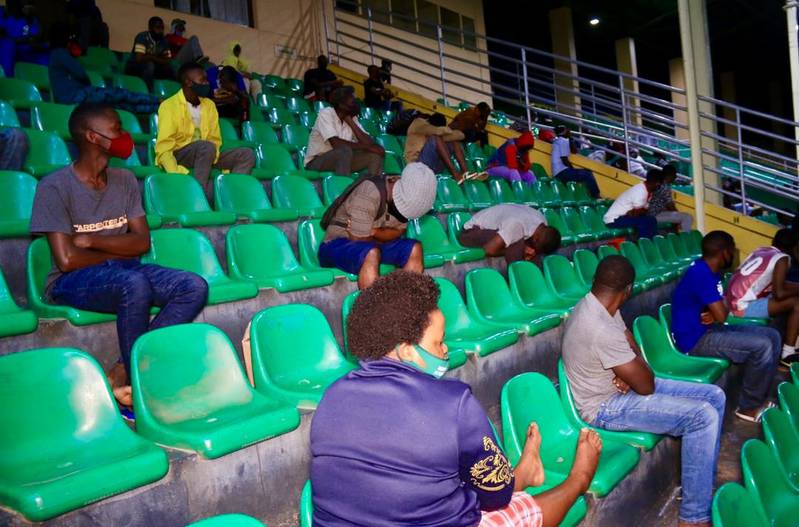 They include those found on roads while claiming to be in sports and physical exercises in prohibited hours, those found without face mask, others were caught in bars drinking as well as those found in unnecessary movements.

Sports and physical exercise activities are only allowed outside homes from 5am to 9am, but strictly done individually. Group sports activities are prohibited.

Equally, as City of Kigali is currently under lockdown, city residents are only required to leave their homes to provide or acquire essential services and must first seek a movement clearance permit provided by Rwanda National Police.

Dominique Gatoya is one of the 97 violators found at Amahoro stadium. Gatoya was found on the streets of Kimironko in Gasabo District walking without a facemask.

“At the time, I had removed my facemask, now I am going to spend a whole night here at the stadium in addition to fines for something I should have easily avoided. I have learnt my lesson and no one should be arrested or penalised for putting their lives in danger,” said Gatoya.

Like Gatoya, most of other violators interviewed were indeed aware that what they were doing is not allowed but were complacent in addition to the thinking that they wouldn’t be identified.

“Kigali has been in lockdown for the last two weeks and the Cabinet extended the lockdown until February 7. What is required of Kigali residents is to respect these directives,” CP Kabera said.

He explained that some of those arrested were found congregating, young people found in social gatherings and drinking, those found rambling on the road in groups as well as those who were not wearing face-masks

“When you find such a big number of violators in different centres in Kigali, it shows that there are some people who act like these directives do not concern them. Sports activities, worship services, social gatherings and events, bars, wearing facemask, unnecessary movements; we have had time to elaborate and educate people on all these, it is now time for enforcement”. CP Kabera warned.

The majority of those arrested are the youth, CP Kabera said, cautioning the youth to change such bad behaviors and take a lead in respecting the directives for their safety.

“The young people are the backbone of the country and some of them like the youth volunteers have exhibited this patriotic spirit previously and during this period of the pandemic where they support the awareness and enforcement efforts to prevent the spread of COVID-19. This spirit of volunteerism should be a lesson to others,” CP Kabera said.

Maximum compliance and reporting violators, he said, is an individual and collective responsibility.